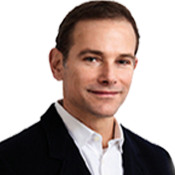 Noah has been an active, technology-focused investor for over 20 years. Prior to joining Investor, Noah was as a General Partner with Morgan Stanley Venture Partners and a consultant with McKinsey & Company. He began his career as an investment banker at N M Rothschild & Sons.

Noah received an B.A. in History and an M.A. (First Class) from Oxford University, as well as a J.D. (Order of the Coif) from Stanford University Law School.